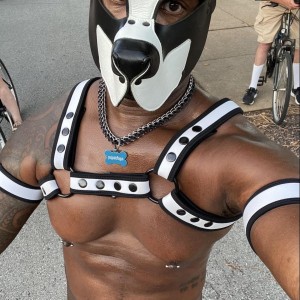 After several highly successful local weekend events under their belts, Hoist of Memphis  decided now was time for them to go bigger, better, and wilder than before, with our first official Run which was held at Whispering Oaks the weekend of October 7, 2022

The president of Blue Max had the honor of being one of the judges for the Mid-South Kink & Leather Contest.which was held during Pig Weekend.

This October (2022) Blue Max had the opportunity to volunteer at St. Louis’ Food Outreach.  Food Outreach’s mission is to provide nutritional support and enhance the quality of life of men, women, and children living with HIV/AIDS or cancer. They are the only organization providing these services in the St. Louis region. Their clients live in 160 Missouri and Illinois zip codes and range in age from 18 to 89 years – many of whom live with multiple secondary illnesses in addition to their primary diagnosis. The goals of nutrition therapy are to accomplish the following: prevent or reverse nutrient